Warning: "continue" targeting switch is equivalent to "break". Did you mean to use "continue 2"? in /homepages/36/d211286985/htdocs/ist1402mG3h/mikefilmsmiller/wp-content/plugins/types/vendor/toolset/types/embedded/includes/wpml.php on line 644

Warning: "continue" targeting switch is equivalent to "break". Did you mean to use "continue 2"? in /homepages/36/d211286985/htdocs/ist1402mG3h/mikefilmsmiller/wp-content/plugins/types/vendor/toolset/types/embedded/includes/wpml.php on line 661
 About Me - Mike Miller Films 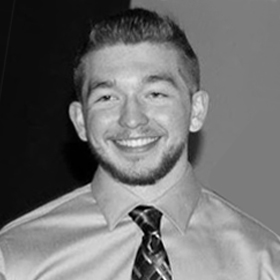 Michael S. Miller is an award-winning New Jersey based film director, screenwriter & producer. He graduated in 2017 with a BFA in Filmmaking from Montclair State University. Over the course of his career he has directed over six short films, one garnering him a win for “Best Director” on the festival circuit, and is currently at work developing his first feature film.

He works in a number of genres and styles and prides himself on his diversity. However most of his films reflect the subtler, darker sides of human nature and explore themes such as philosophy and individualism. He’s had the privilege of working with stars such as Taryn Manning, Diane Guerrero, and Emma Myles (Orange is the New Black) and has directed films in both English and French.